If you have any of these old devices collecting dust in a random closet or drawer, you could be sitting on a goldmine.

Get paid for your old tech 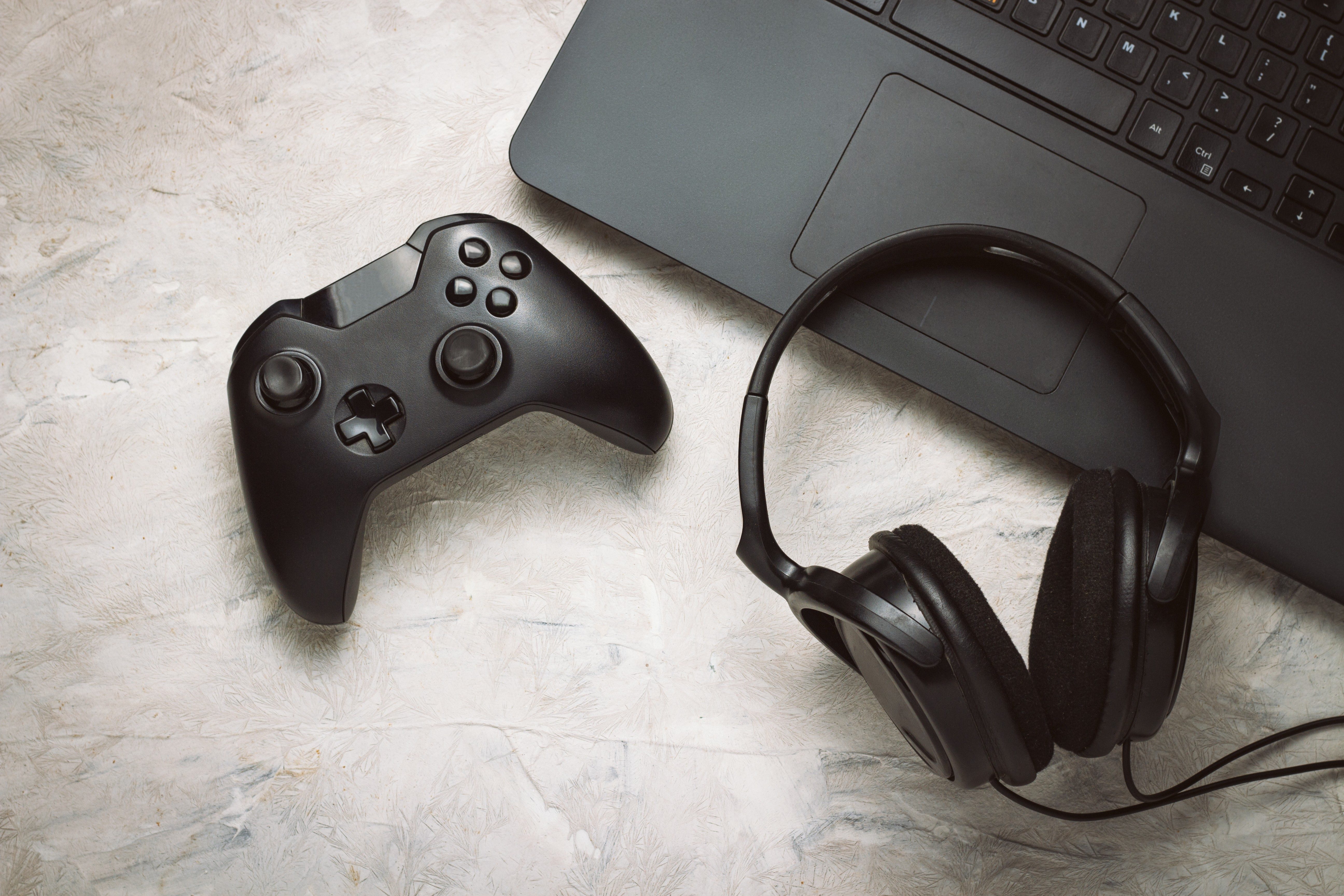 It seems like a new smartphone or computer comes out every other month. And once you upgrade, there’s always the question of what to do with your old tech. Most people just stick their old devices in a drawer and forget about them. This is a huge mistake. Pull out those old gadgets, dust them off, and see what you’ve got. Some of them could be worth a pretty penny if you list them on an online selling platform like eBay or Etsy.

Why would anyone want to buy this stuff? “Old tech is finding an audience of memorabilia-collector-minded people,” explains sound engineer and old-tech guru David Frangioni. “Just as rare baseball cards and [vintage items from] Star Wars, James Bond, and classic ’60s TV shows have soared in value over the past 20-plus years, old tech is finding its audience of collectors.” Wondering whether you have something valuable sitting in one of your drawers? If you have any of the following retro-tech gadgets, the answer might be yes! And don’t miss these other things in your house right now that could also be worth money. 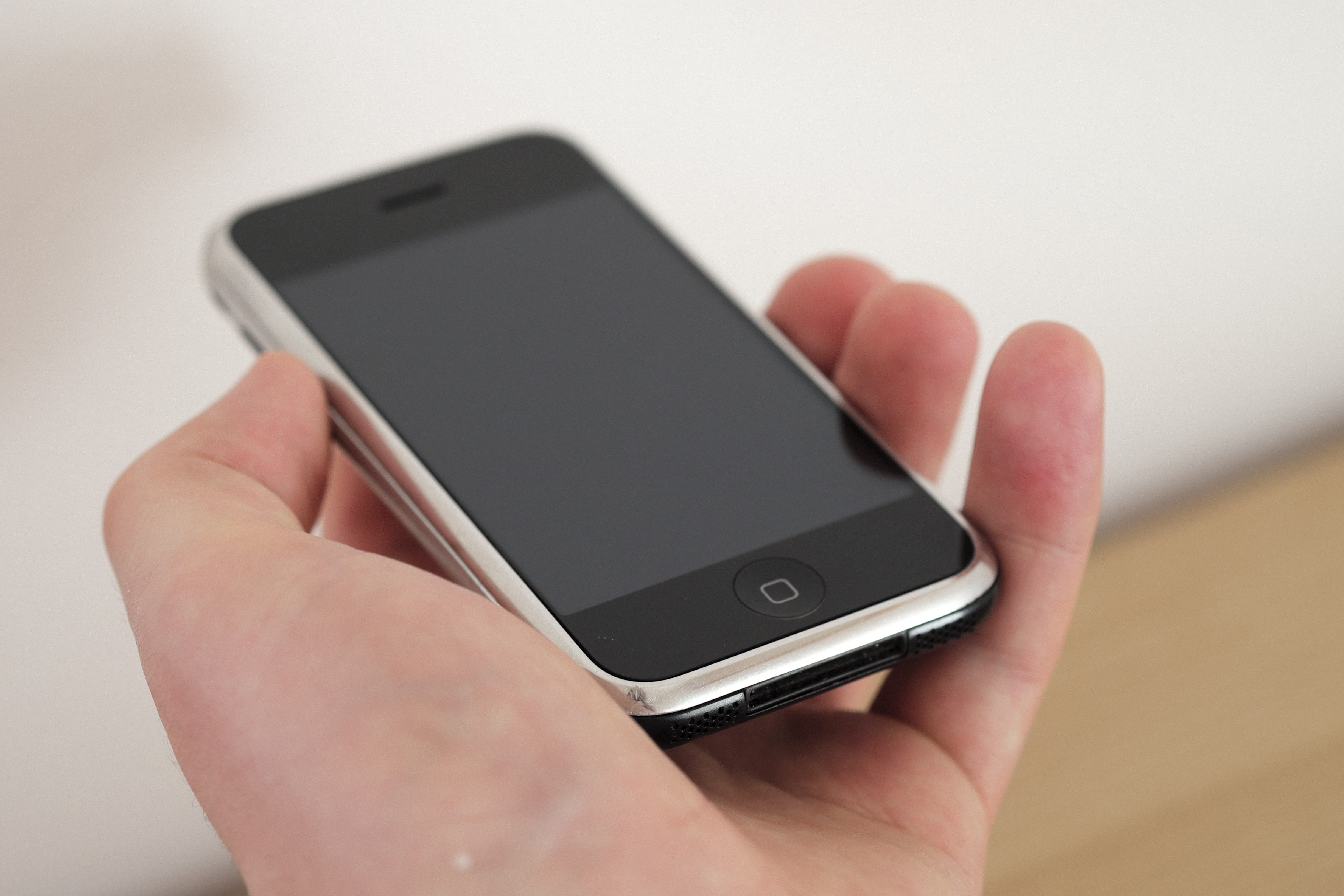 In the summer of 2007, Apple released the very first iPhone. Steve Jobs unveiled it at the Macworld convention earlier in the year, and consumers couldn’t wait to get their hands on one. It sold for $499 for the 4GB model and $599 for the 8GB model—about half the price for the latest iPhone model today. This iconic phone paved the way for the smartphone market, so collectors appreciate its place in history. Depending on its condition, this old smartphone can fetch upwards of $1,000 on eBay. If you’re an iPhone devotee, make sure you know these 17 hidden iPhone hacks you’ll wish you knew sooner. 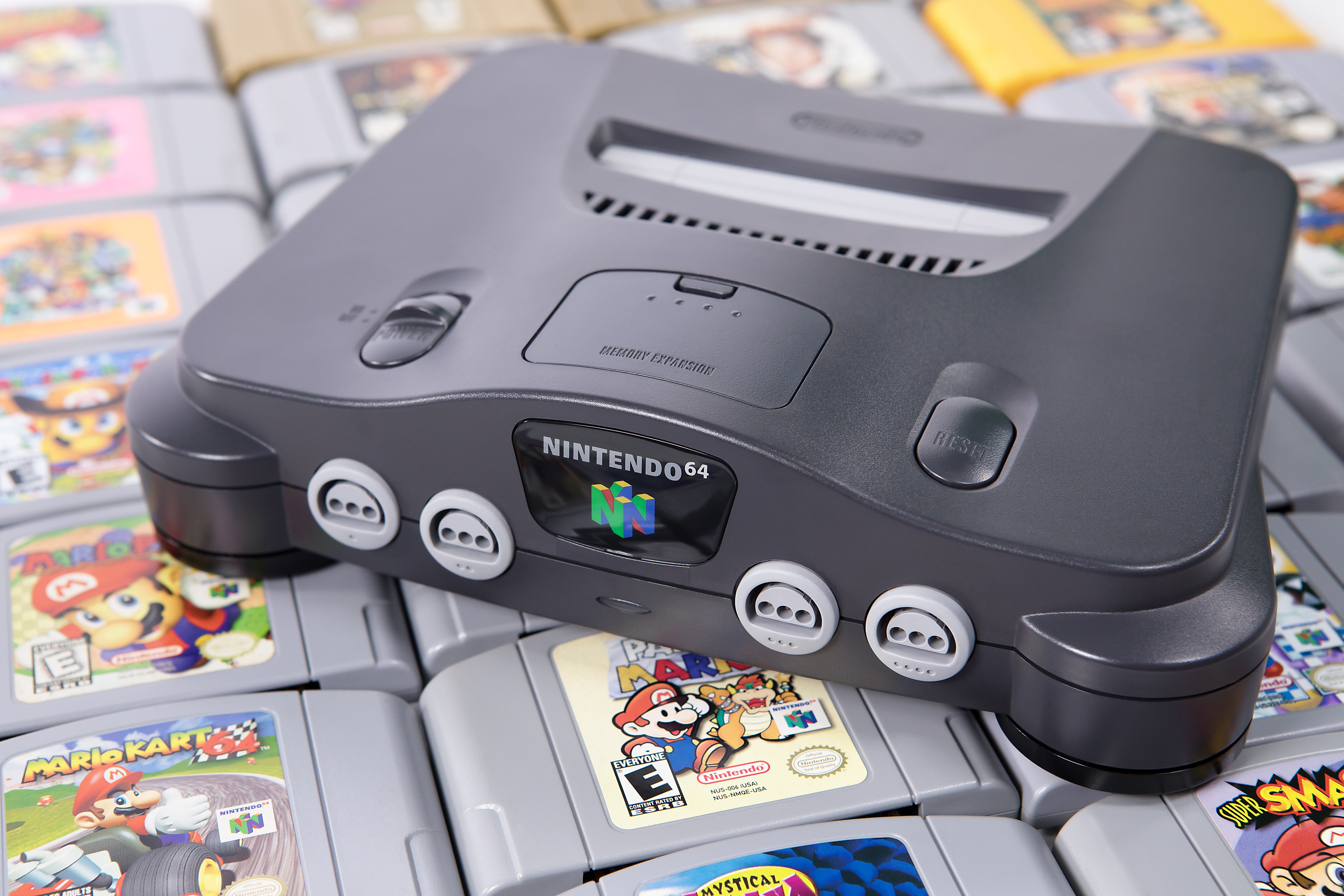 Released in 1996, the Nintendo 64 was named after its 64-bit central processing unit, and it took the gaming world by storm—especially for Gen Xers and millennials. Because of the nostalgia factor, if you still have an original Nintendo 64, you might garner some serious interest in it. Bidding prices start around $100, but if you have a console in one of the limited-edition colors, or any color other than black or gray, it could be worth more. And don’t forget to look for the accompanying gaming cartridges. According to Frangioni, some of the games are worth thousands—depending on how rare they are. “Donkey Kong Country is one of the holy grails Nintendo 64 games,” he says. Feeling nostalgic? Check out the most popular toy the year you were born. 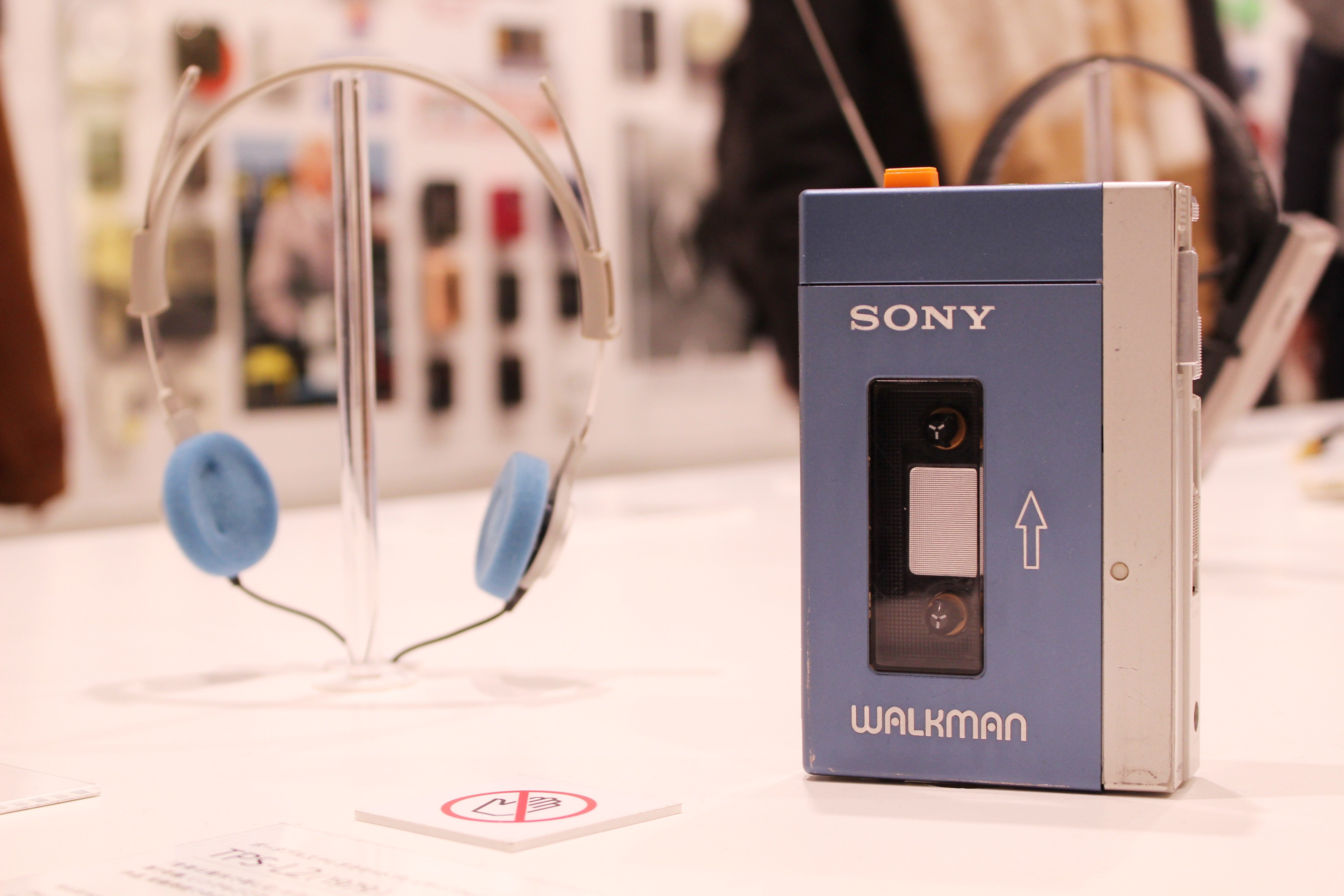 Thanks to Guardians of the Galaxy and Stranger Things, anything ’80s is back in style in a big way. This handy little device allowed music lovers to carry around and listen to their own personal soundtracks without a cord, which seems basic to us now but was pretty revolutionary back then. The Walkman retailed at $150 in 1979. Add in the cost for batteries and cassette tapes, and having a Walkman was quite the investment. These days, Sony Walkmans in good working condition are listed online for more than $1,300 on Etsy. Hey, you’ve gotta play those old mix tapes somehow! If you’re not into the whole selling process, here’s how to recycle or donate your outdated tech devices. 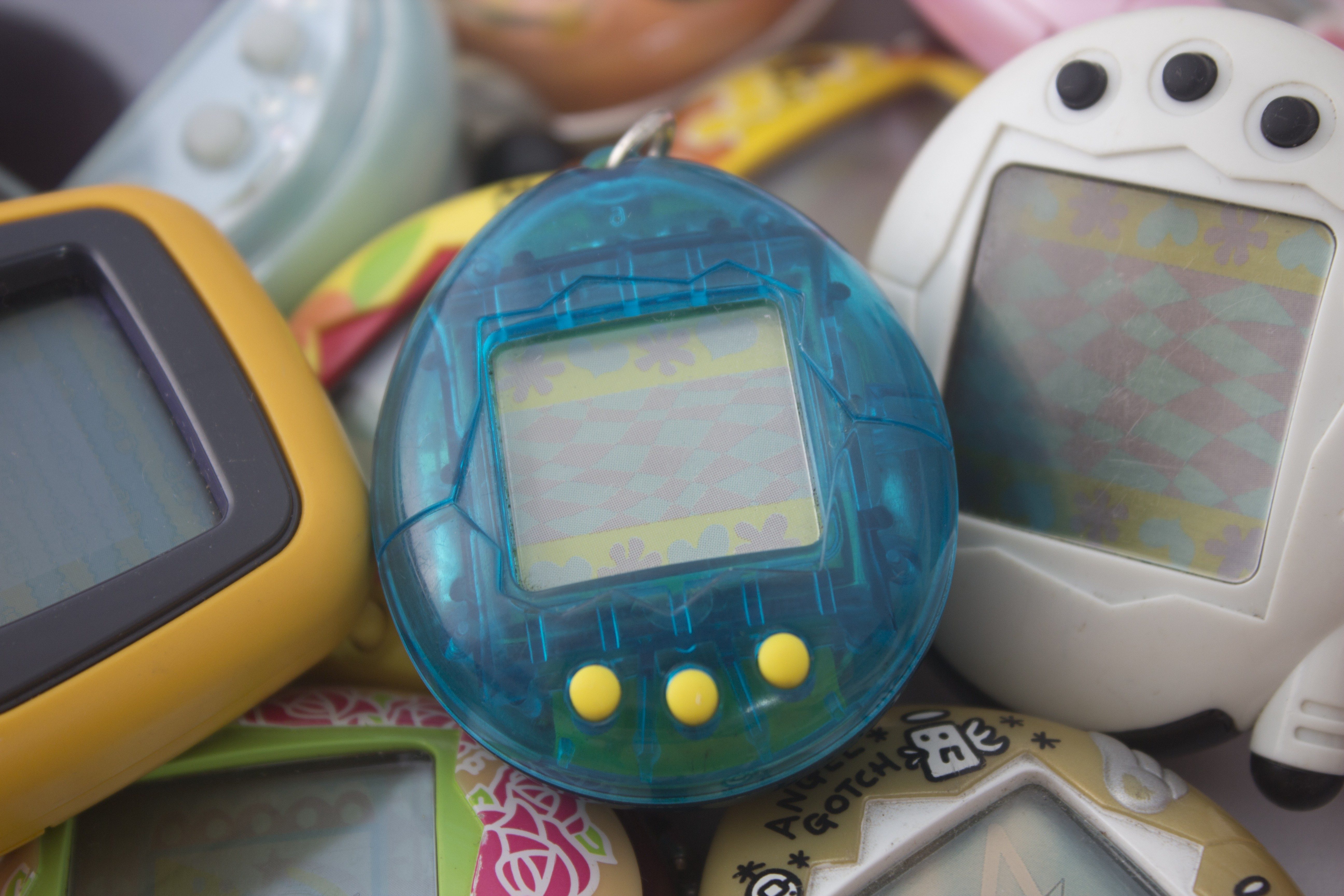 These little virtual pets were all the rage in the mid-’90s. Created by Japanese toymaker Bandai, they quickly garnered a cult following in Japan, America, and Europe, since they were the perfect solution for parents whose children wanted a pet but weren’t ready for the responsibility of real pet ownership. The digital pets needed to be fed, cleaned, and played with to be happy, and if you didn’t give them the right amount of attention, they evolved into more demanding adults. The company released newer versions in 2017, which retail for around $30 on Amazon. However, if you have an original 1996 Tamagotchi, you can get around $200 for a standard one or thousands for a rare one on eBay. Here are 23 more nostalgic gifts from every decade. 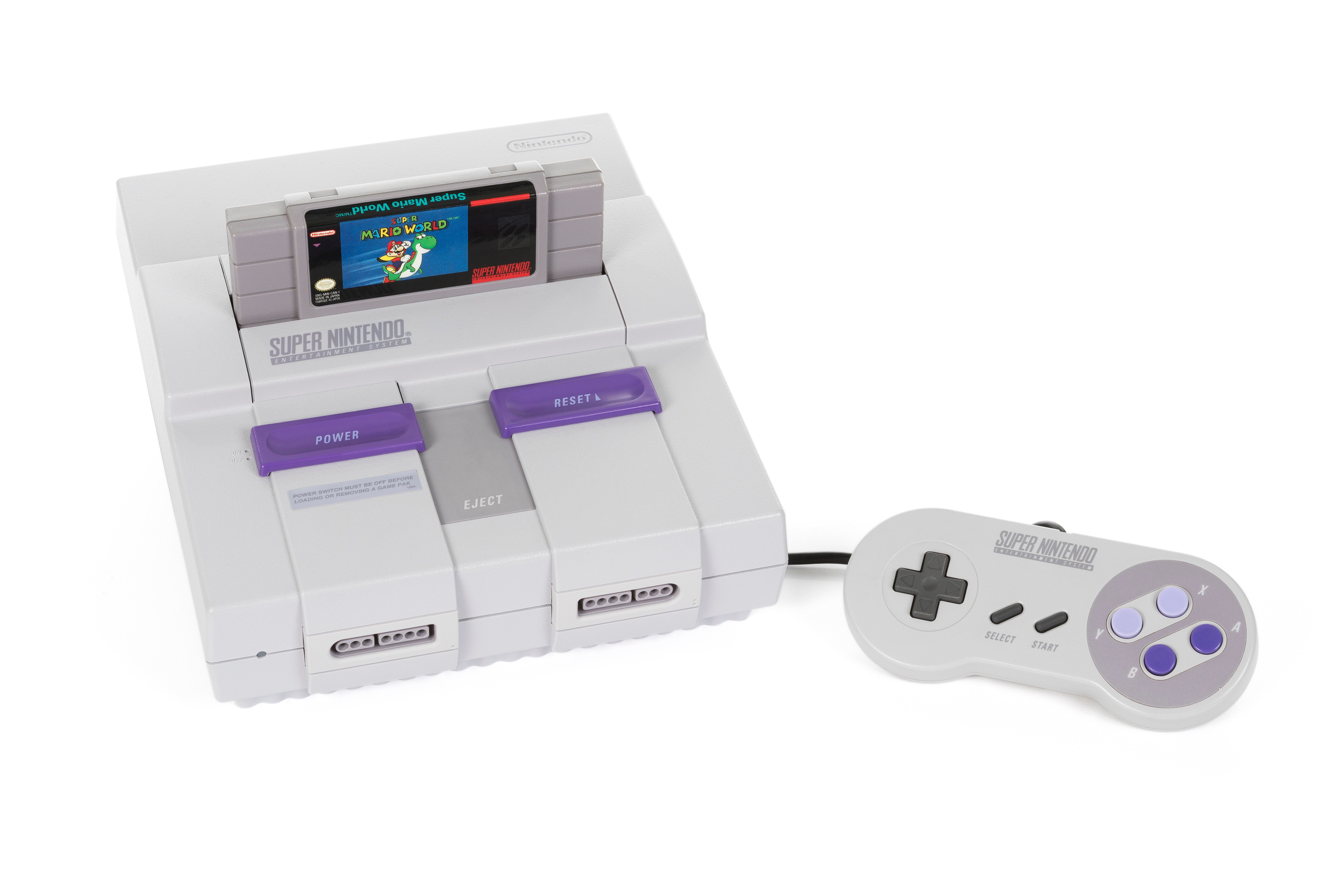 Also known as the Super NES or SNES, the Super Nintendo was Nintendo’s second programmable home console, released in 1990. This version was special because it had advanced graphics and sound capabilities. Plus, it introduced a slew of iconic games that are still beloved today, such as Street Fighter, Donkey Kong Country, and Mortal Kombat. In its heyday, 49.1 million units were sold worldwide. These consoles can fetch an average of $150 today—more if you have any of the original game cartridges and controllers. For more (and more recent) fun and games, peruse these 45 cool tech gifts you’ll want to keep for yourself. 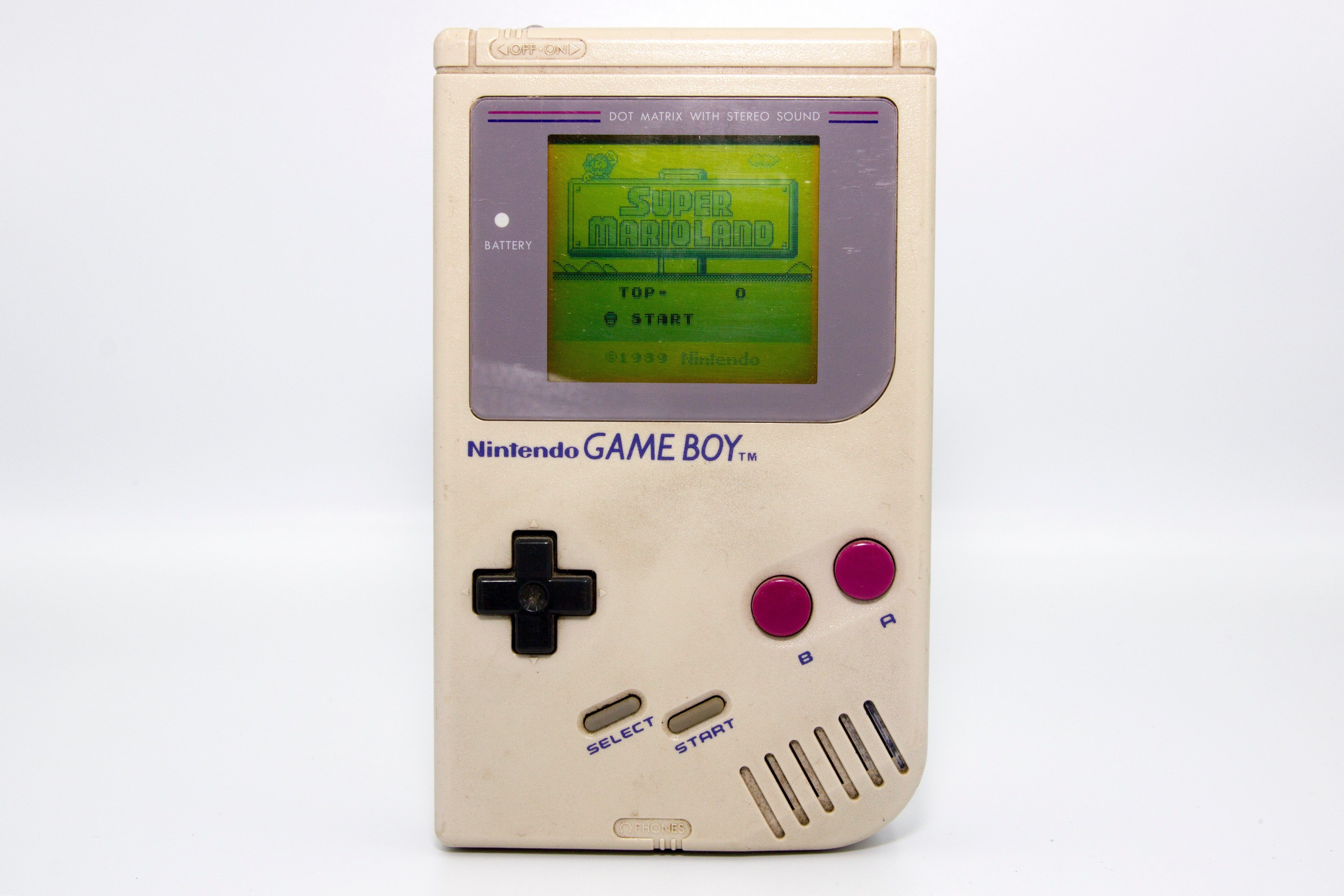 The original Game Boy pioneered the way for handheld gaming devices in the Nintendo family. Released in 1989 for $89.99, the device was an 8-bit handheld console with a monochromatic screen. Despite its basic design, it quickly became a favorite among gamers. Nintendo released a color version, the Game Boy Color, 10 years later. Still, the original Game Boy is one of the most recognizable devices from the 1990s, and while the starting bid on eBay averages around $75, new, unused ones can go for thousands. What was the world like before video games? Check out these magical photos of what childhood looked like before technology took over. 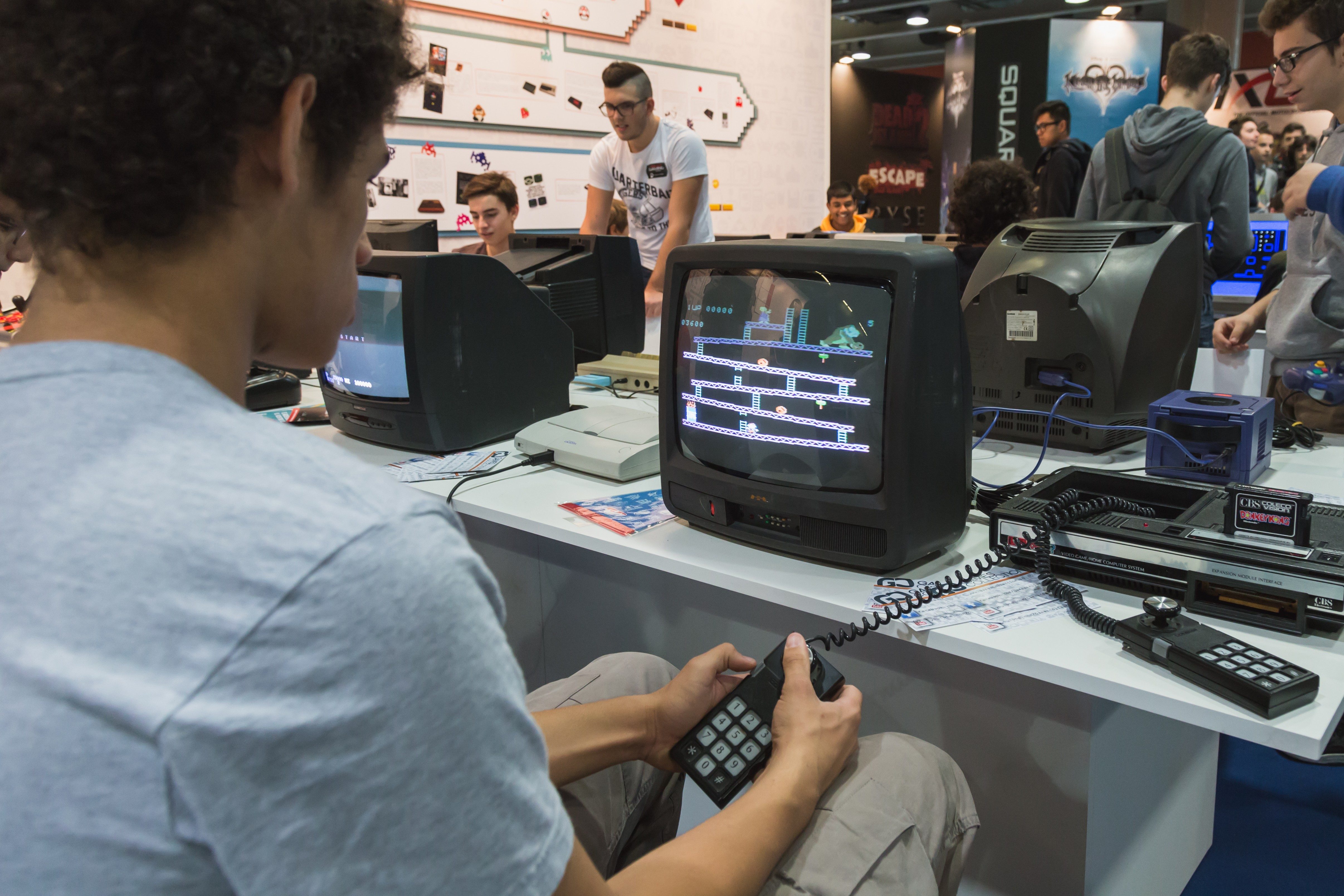 Released in 1982, Coleco Industries’ ColecoVision was a top-notch home-gaming system that offered a closer experience to arcade games. Unfortunately, the systems were short-lived, and Coleco withdrew from the video-game market in 1985. If you have one, along with some of the gaming cartridges, you could make up to $800 selling it to retro gaming fans on eBay. If you’re a true game lover, you won’t want to miss these 15 fascinating facts about your favorite games. 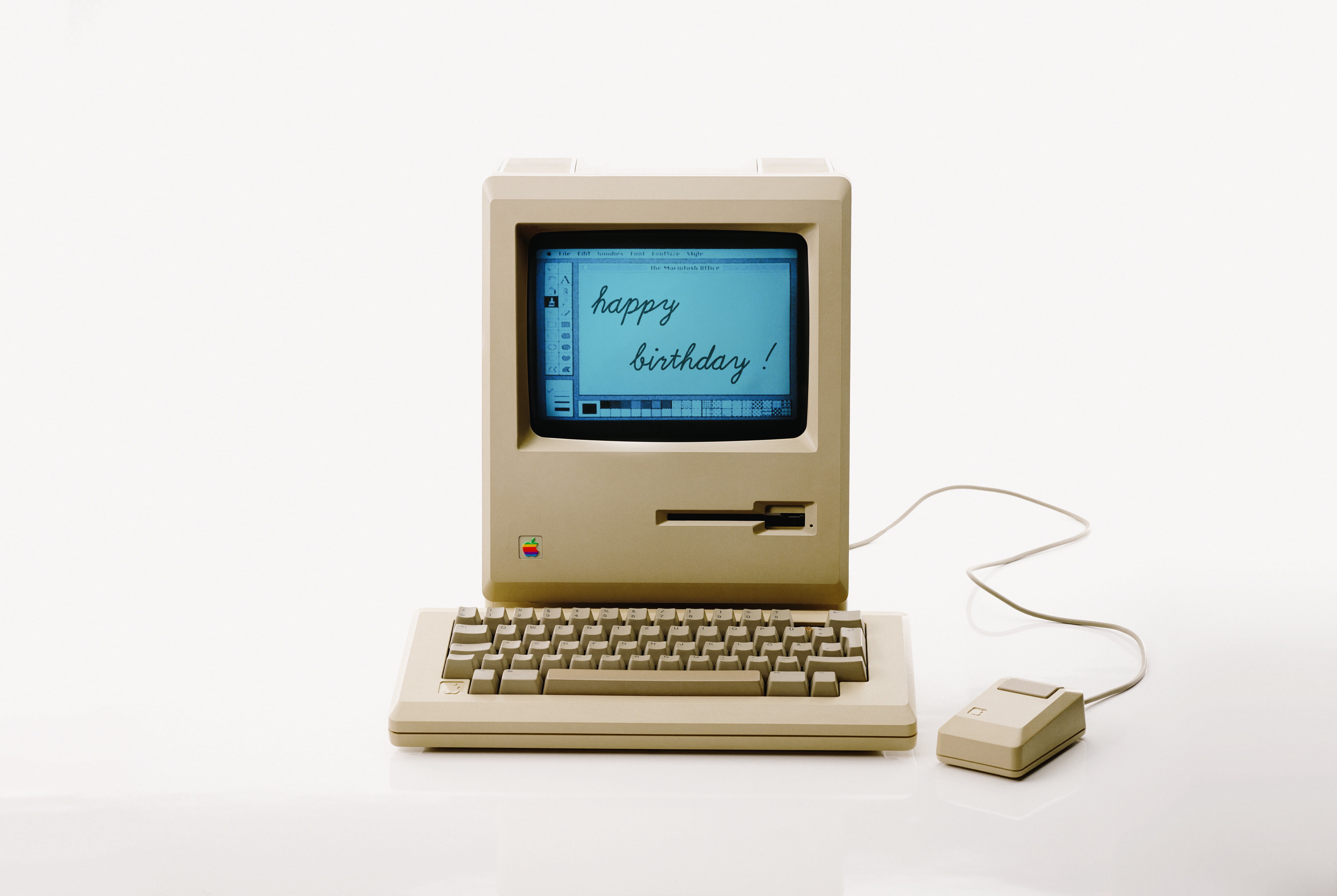 The first Apple Macintosh personal computer was released in 1984 and retailed for $2,495. It featured a black-and-white display, two serial ports, and a slot for one 3.5-inch floppy disc. Nowadays, Apple Macintosh systems are, of course, amazing, high-speed computers that boast advanced retina displays and sleek, modern design. While the first Mac may seem clunky in comparison, it can be worth a small fortune due to the current popularity of Apple products. The bottom line: Mac lovers love anything retro in the Mac family. An original Mac computer can sell at auction for $2,000 or more. Computers have been in our lives for quite a while, so hopefully, you’ve stopped making these 15 common computer mistakes by now. 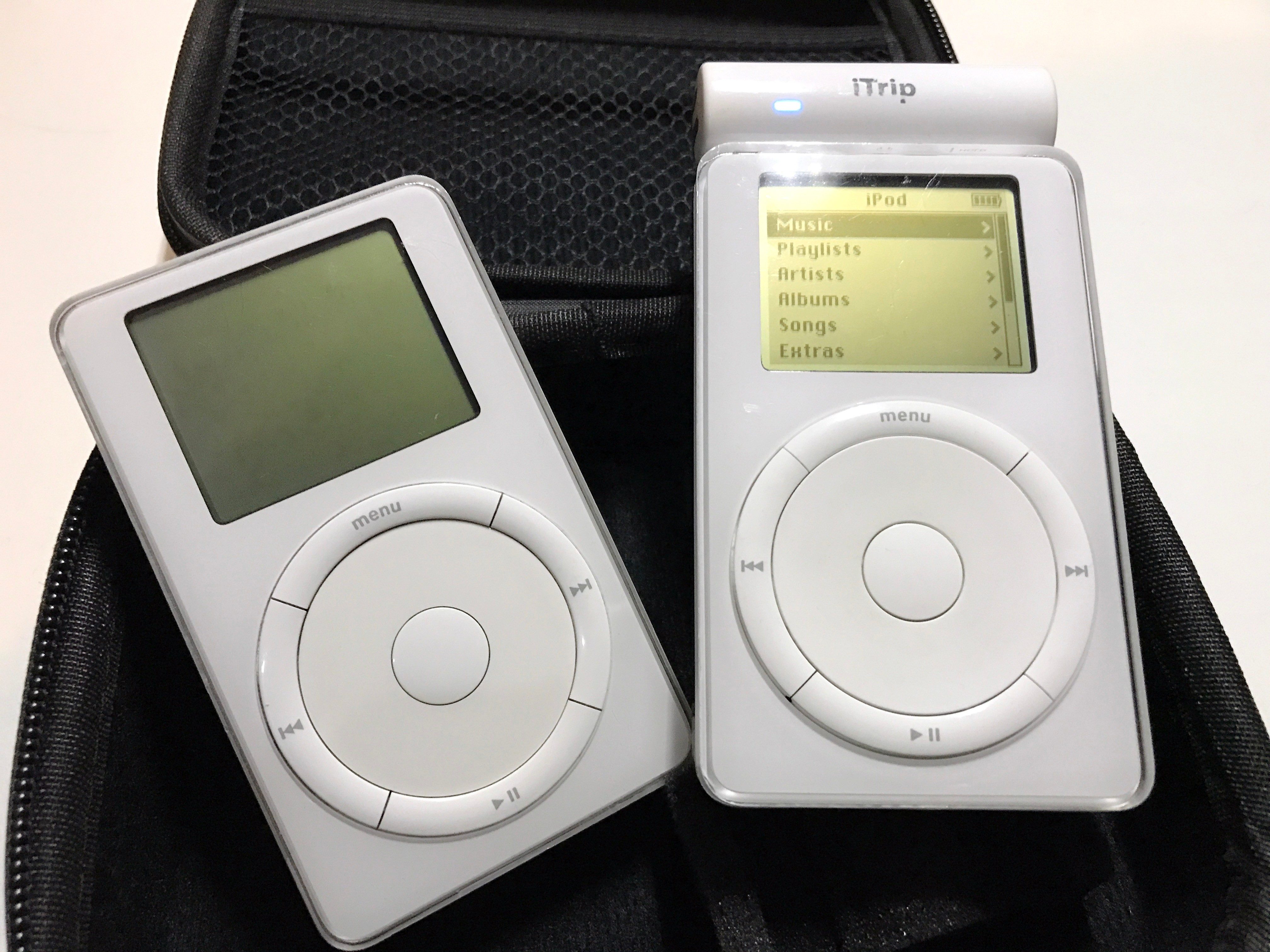 The first iPod propelled the world into the digital music revolution. Released in 2001, the original iPod had 5GB of storage space, weighed 6.5 ounces, featured a 160 x 128–pixel display, and cost $399. When Apple released its touch-screen tech with the release of the iPhone, the original iPod was phased out and officially discontinued in 2014. Factory-sealed iPods call fetch several thousand on eBay, but used ones can still bring in a couple of hundred bucks. Check out 3 sneaky signs you’re buying a tech product that’s been used.

What’s the ROI of a Recording Studio?
What You Need In A Music Manager

By accepting you will be accessing a service provided by a third-party external to https://davidjfrangioni.com/